Why get a will?

Why get a will? 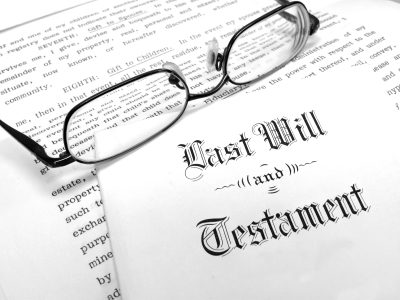 I cannot count the number of times I have asked individuals, “Do you have a will?” and received a negative answer. Many times the reason is “I don’t have anything.” or “My oldest will take care of everything.” These are the 2 reasons I hear most often and the weakest reasons I hear.

The reality of this, is folks do not understand the process the state probate court follows when a person dies without a will. And the brutal reality is, for that person it will not be a problem because they will be dead. Having a will is a display of affection and love for the family that is left behind. It takes the weight of the world off their shoulders.

In my opinion there are 4 documents that everyone needs to have regardless of their situation.

The following is a true series of events that happened without the documents listed above.

A young lady died very unexpectedly in her Georgia home in 2010. She was divorced, did not have any children and did not have a will. However, she did have a mother and father (divorced) and two adult siblings. She also had a job, health insurance, ownership of a house, dog, vehicle, vehicle insurance, bank accounts, life insurance policy, retirement account, clothing, furniture, cell phone, cable TV, mortgage, and the list goes on.

The Georgia attorney stated that because there was no will the Georgia Probate Court would have the responsibility of her estate. The attorney then informed the father that if someone would agree to be the Administrator of the deceased’s estate the Probate Court’s involvement and cost would be minimal. The father agreed to be the Administrator and traveled to Georgia to work with the Probate Court in his daughter’s county of residence.

While going through the daughter’s possessions a safe deposit box key was found. The first question was “In what bank is the deposit box?”

After a few days of visiting banks, the proper bank was found in a small Georgia town about 15 miles away.

All-in-all it took almost 3 years to finalize everything. If the daughter had the documents listed above, many of the decisions would have been done before she died and the pressure on the family she left behind would have been much less burdensome.